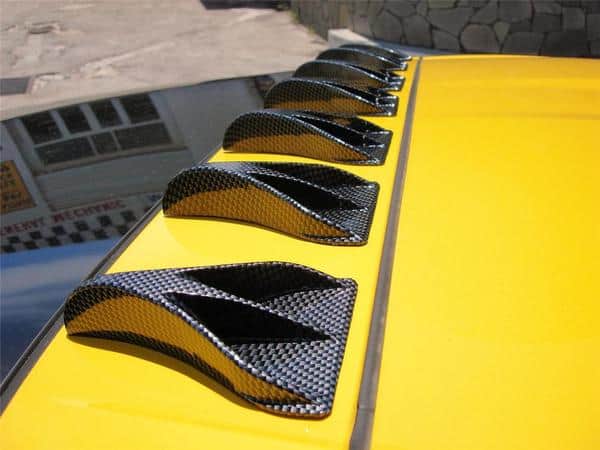 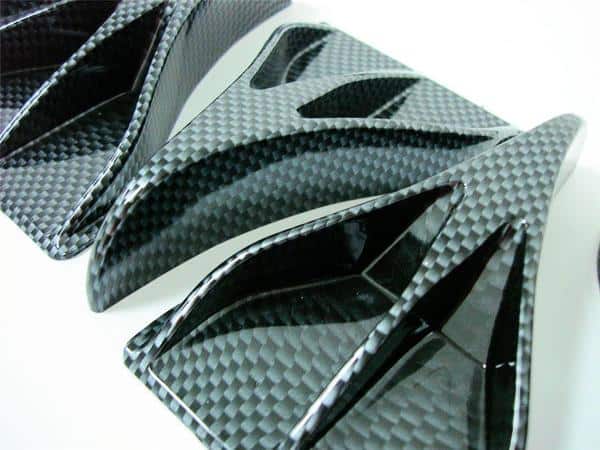 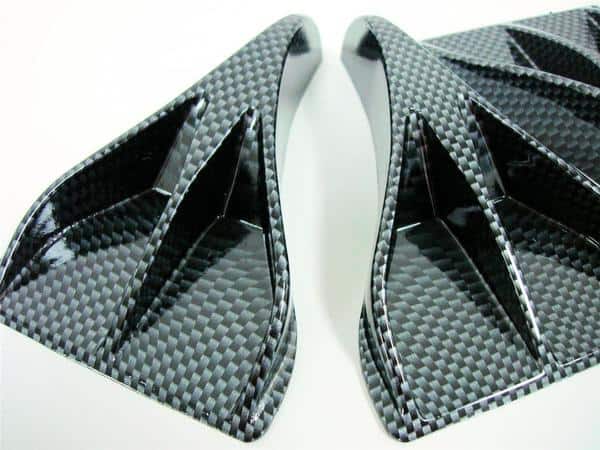 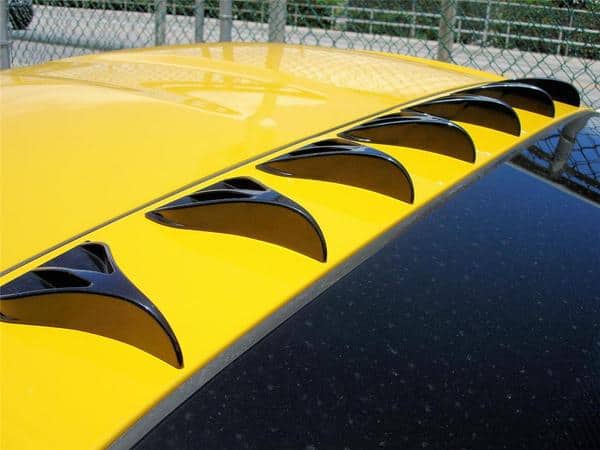 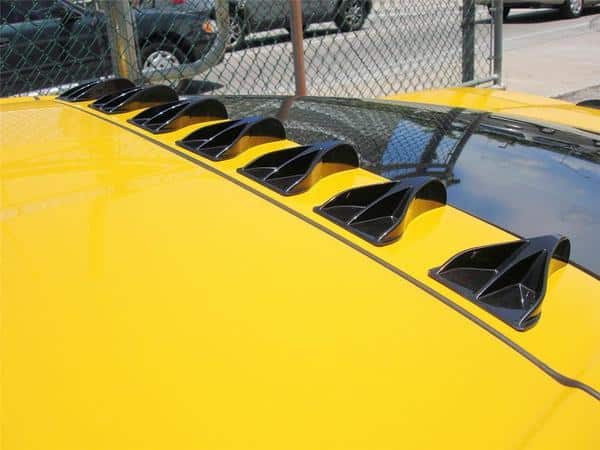 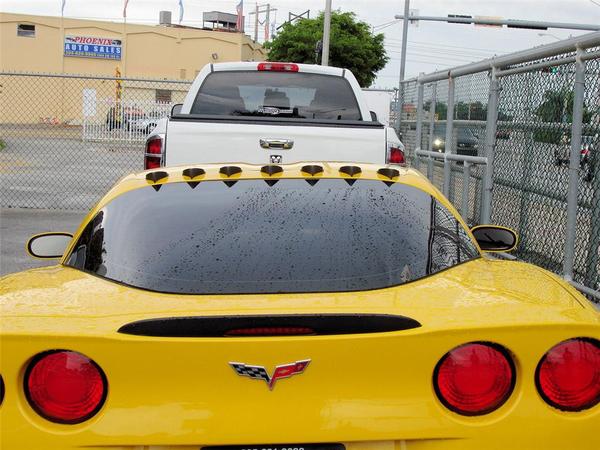 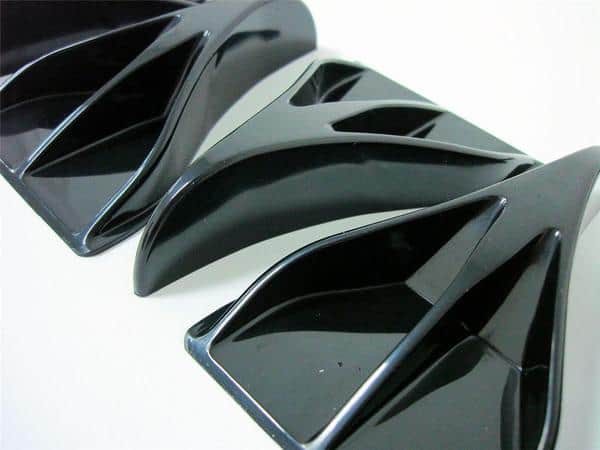 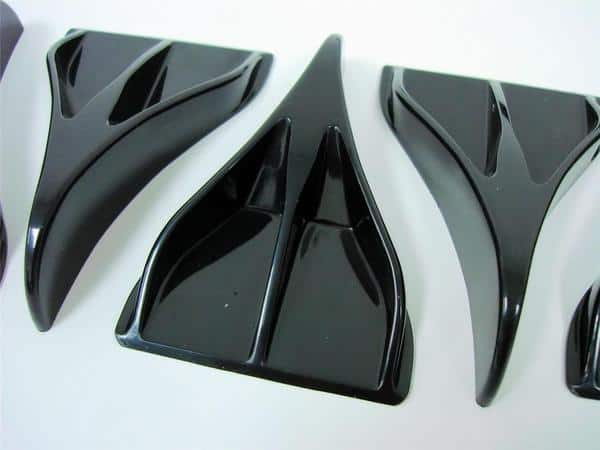 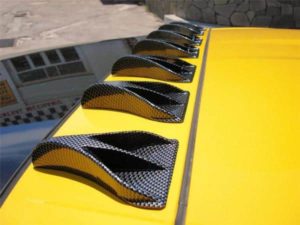 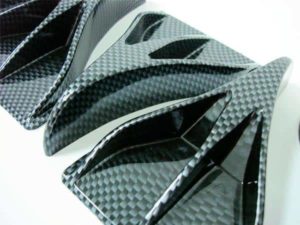 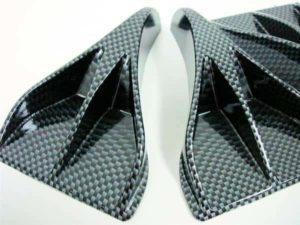 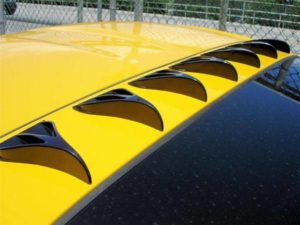 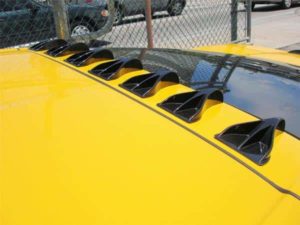 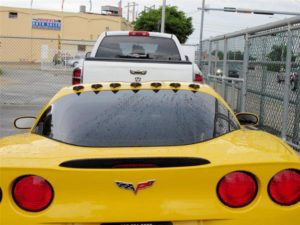 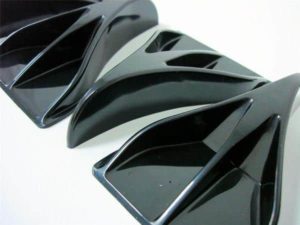 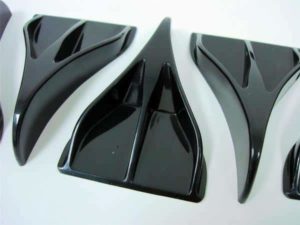 NASA definition of what a micro-vortex generator is: Small, trapezoid-shaped, fin-like devices placed on the flaps of aircraft wings are increasing performance, reducing noise and saving fuel. Taken from: http://www.nasa.gov/centers/langley/news/factsheets/Micro-VG.html So by NASA definition the fins being sold on eBay can not be vortex generator as they are not trapezoid-shaped, and by consequence can not create effective “vortices”.

Please look at the pictures. The yellow Z06 Corvette installed these vortex generators to run at the Texas Mile and broke its previous speed record! Smart owner installed the vortex generators and thus far we have had good feedback from him, seems highway gas mileage has increased by a noticeable amount. Yes these things not only look good but actually work.

Fits the following applications:
– Universal fit, will work on virtually any car or truck.

There are no reviews yet.

Only logged in customers who have purchased this product may leave a review.